What You Need to Know About Trade Secrets

Running a successful business and turning profits in a competitive market is difficult enough as it is. But in many industries, businesses also have to contend with unethical competitors and disgruntled employees and former business partners who will sink to low levels to gain an advantage.

Are your company secrets adequately protected from theft? Have you even identified your company’s trade secrets and taken precautions to protect them?

What Is a Trade Secret?

A trade secret is a piece of intellectual property (IP) that is owned by your business. However, it’s different from some other types of IP, such as patents or copyrighted material, that can be registered for an additional layer of protection. It doesn’t quite fit into those categories, but it is valuable nonetheless. Here are a few examples of trade secrets:

There are other types of information that could possibly be considered trade secrets, but the idea is that these are uncopyrightable pieces of information that are valuable to your business, that give you a competitive advantage, and that are in your best interest to keep hidden from those outside your organization (such as your competitors) and even from those inside your organization who do not have a need to know.

It’s also important that you take steps to safeguard this information and keep it secret. Failure to do this might make it difficult to prove that the information is, in fact, a trade secret should the need to prove this in a court of law arise.

Why Trade Secrets Are More Important Than You Think

In some cases, the loss of trade secrets can destroy a company practically overnight. Can you imagine the financial damage that would ensue if the recipe for Coca-Cola were to fall into the hands of a competitor? If that company began producing genuine Coca-Cola products and selling them at a discounted price, it could cost The Coca-Cola Bottling Company millions of dollars in lost sales, not to mention create a nightmare court case.

That example deals with something fairly harmless. What would the outcome be if a foreign government hostile to the United States managed to steal information about private contractors and schedule shipment routes of precious cargo or steal manufacturer’s knowledge about operational glitches for the military’s stealth aircraft and naval vessels?

Industrial espionage can take place on multiple levels with a range of negative consequences that could potentially impact millions of lives.

But even at the SMB level, small business owners can see their dreams shattered by failing to protect their own trade secrets whether that might be a list of clients’ credit card numbers and personal contact information or a recipe for the house salad dressing and spicy dipping sauce. Failure to protect confidential information or to limit its dissemination can lead to significant losses or even financial ruin.

So, protecting trade secrets is more important than you think. It’s a serious responsibility for every business owner, large and small.

Is It Illegal to Steal Trade Secrets?

Yes, it is definitely against the law to steal trade secrets. The theft of trade secrets, also known as misappropriation, generally occurs when one or more of the following takes place:

Individuals can end up being fined hundreds of thousands of dollars, and the companies who buy those secrets from them or who hire them to steal or share those secrets can be liable for millions of dollars in fines. Therefore, this is a serious issue.

States have their own laws regarding the misappropriation of trade secrets, but there are also federal laws to protect companies’ intellectual properties.

The Defend Trade Secrets Act, for instance, is a federal law that expands the rights of companies to protect their trade secrets. Signed into law by President Obama in 2016, this law lays serious penalties on those who steal and distribute corporate secrets. With the introduction of the federal Defend Trade Secrets Act, violators may find themselves under double penalties as they could be liable in cases at both the state level and the federal level.

How Can You and Your Employees Protect Trade Secrets?

There are a number of ways to protect your trade secrets whether they are recorded on physical material or are recorded and stored digitally.

First, you should identify and make a record of your company’s confidential information and be sure to label it as such. Having done that, here are some other common ways to protect this information from misappropriation:

What Can You Do if Someone Steals Your Company’s Secrets?

If you suspect that an ex-employee, former business partner, competitor, or hacker has stolen your company’s trade secrets, you can file an injunction against that thief to prevent further public disclosure of the information and to limit business or legal actions based on it. You can also pursue monetary damages to compensate your company for loss of income to your business, profits gained by the thief, and accruing legal fees. In some cases, the individuals at fault may also be subject to imprisonment.

Having your intellectual property and trade secrets stolen can be a serious blow to your business. Prevention is the best course of action, but it is not always enough. Follow these tips to limit your company’s vulnerability and to pursue damages when such theft is discovered. 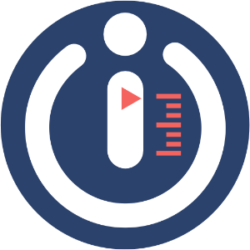 Hi there, we’re Initiate Lift! A digital marketing and advertising team, specializing in the home improvement industry. We love marketing and we love helping business owners and managers create a better, more effective marketing strategy for their construction business.

We’d love to speak with you about marketing for your home improvement or construction business!